Common Electrical Problems You Can Experience In Your Colorado Home 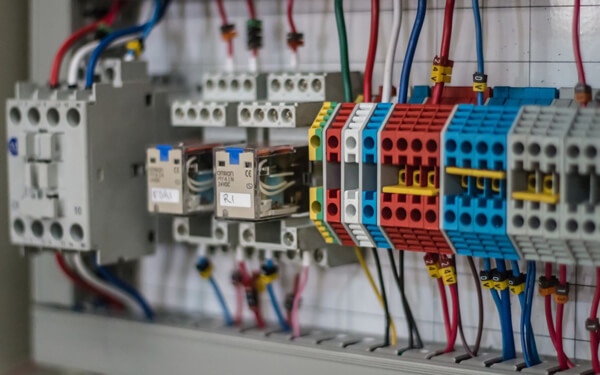 Most modern homeowners would find the notion of living in a house without electricity laughable. Electricity is one of the greatest resources that we have in this day and age. That is why the electrical problems of any kind are so troubling—well, that and the fact that electrical problems could also prove dangerous.

Learning what to keep an eye out for can help you to catch such problems early on, and to have them professionally repaired before real damage is done to your system and your property. Don’t ignore signs of trouble, only to learn the hard way that dealing with electrical problems promptly is vital. Schedule electrical services in Denver, CO with us ASAP!

As a general rule, it is a good idea to upgrade your service panel to a breaker box, rather than fuss about with disposable fuses. Some people will tell you that fuse boxes are inherently unsafe, but this is not really the case. However, using a fuse box is much less convenient than using a breaker box, and many modern systems and appliances may require an upgrade to function safely.

That being said, remember that convenience doesn’t mean you shouldn’t take note of developing problems. It may just be the flip of a switch, but if you are constantly resetting circuit breakers, give us a call. The breakers may simply be too old and require replacement, but you could also have wiring problems resulting in overloads.

If you have a more traditional electrical fuse box, the process of repairing it is a little more complicated.

First of all, make sure that you have turned off your main fuse box. Then, swing open or remove altogether the cover to your fuse box.

Next, remove the carriers of your fuses. By doing a quick visual inspection, you should be able to figure out which one of them is broken. If you spot burn marks on a fuse, it’s the one that’s causing the problem.

If the issue is with your entire power circuit, then you’ll need to take the time to unplug all the appliances connected to the circuit. Then, you’ll have to actually replace the fuse wire.

In most cases, we suggest you contact a professional to help you to do this. They’ll ensure that you’re working with the wire that has the best amp rating.

When it comes to your fuse box, safety should always be your first priority.

Somebody once said, “whatever doesn’t kill you makes you stronger.” It’s a cool quote, but it does not really apply here. Unlike electrocution, electric shocks are not fatal. They’re not making anyone stronger, though, nor are they a minor annoyance. If you get shocked when using an appliance or outlet, that appliance or outlet is not operating safely.

This could indicate, again, improper wiring, or it could be the result of a ground fault. Just remember that, aside from static shocks stemming from rubbing your feet along a carpet, the problem should be taken seriously. The longer that you wait to have it assessed by a professional electrician, the greater the risk to your property and, potentially, your safety.

We honestly understand why people write this one off. If one light is flickering, it can be annoying. But hey, you can just get a different lamp, right? If lights throughout the house are flickering, then hey, it’s just an old house, right? This is precisely the type of rationalization that lands homeowners in hot water.

Flickering lights are just as much an issue as for any other problem with your electrical system. The fact that there is not an electrical fire in your walls doesn’t mean that any irregularity is no big deal. In fact, it could just mean that you’ve been lucky so far!