What to Do If Your Electrical Fuse Box Breaks 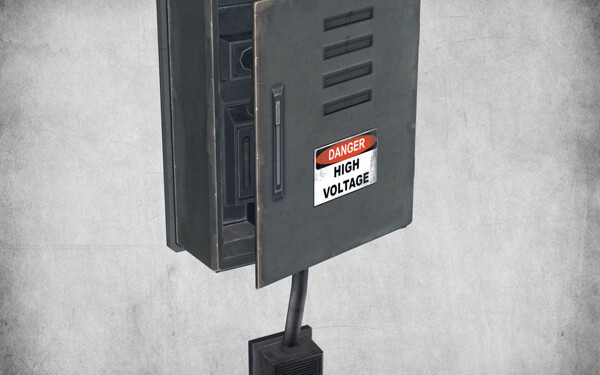 What should you do if your electrical fuse box needs to be repaired or replaced?

Here’s how to defuse the situation without putting yourself in danger. We’re going over everything you need to know to recognize the signs of a problem.

Signs That It’s Time To Repair Your Electrical Fuse Box

Before we advise you on any specific steps when it comes to repairing your electrical fuse box, let’s take a look at the major signs of required maintenance.

1. You Have To Constantly Change Lightbulbs

First, ensure that the quality of the bulbs isn’t the problem. Cheap iridescent bulbs have a short life and burn through quickly.

If it’s not your bulbs then you’re likely dealing with a loose connection to your wiring, this means that your wires get overheated at a faster rate than normal. If they’re left alone, they will eventually burst from the temperature.

2. You Smell Something Burning

If you often smell a burning smell in your house, that isn’t coming from your stove, you probably have an issue with your electrical fuse box.

This may be the result of a loose electrical outlet. If the outlet isn’t maintained, the wiring can give off excessive electrical energy. Over time, this heat can melt the outlet cover, and may even start a fire.

3. Your Lights Are Flickering On And Off

Not only are flickering lights incredibly annoying, they’re also a sign of an issue with your electrical fuse box.

You might initially think there’s an issue with the light fixture itself. However, the reality is that they usually don’t use enough power to cause those kinds of issues.

If the wiring within your electrical fuse box hasn’t been updated or repaired in a while, you’re likely overpowering it. This is especially the case if you’re trying to run several lights or appliances at the same time.

This may also be the issue if you feel like your breaker is tripping more often than usual, or if you’re blowing through too many fuses.

How To Handle A Broken Electrical Fuse Box

Now that you know the most common indications of a problem with your electrical fuse box, let’s take a look at how you can fix it.

With A Circuit Breaker

Luckily, circuit breakers aren’t that difficult to fix. You’ll know for sure that something isn’t right because the switch will have moved from one side to another.

Additionally, you may notice that the switches inside of the box have shifted or jutted out.

All you need to do is make sure that all of your lights are off and appliances are unplugged. Then, turn the switch of the circuit breaker back on (like you’d switch on a light.)

You may also consider getting in touch with an electrical professional. They can help you to figure out which specific appliances and wires are responsible for the issues that you’re having.

To Change A Fuse

If you have a more traditional electrical fuse box, the process of repairing it is a little more complicated.

First of all, make sure that you have turned off your main fuse box. Then, swing open or remove altogether the cover to your fuse box.

Next, remove the carriers of your fuses. By doing a quick visual inspection, you should be able to figure out which one of them is broken. If you spot burn marks on a fuse, it’s the one that’s causing the problem.

If the issue is with your entire power circuit, then you’ll need to take the time to unplug all the appliances connected to the circuit. Then, you’ll have to actually replace the fuse wire.

In most cases, we suggest you contact a professional to help you to do this. They’ll ensure that you’re working with the wire that has the best amp rating.

When it comes to your fuse box, safety should always be your first priority.

We hope that this post has helped you to better understand not only the signs of an issue with your fuse box but also how to replace it.

Remember, if you’re unsure of how to proceed, it’s always best to contact a professional. If you live in or around the Denver and Colorado Springs area, you can count on our expert team to be able to assist you.